What’s still on in February… 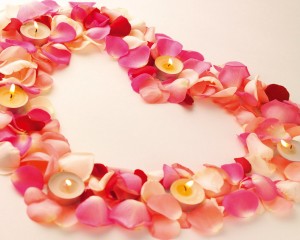 What’s still on in February?… Futon Company presents the pick of the crop across the UK

Limehouse Lizzy
Friday 13th February 2015 sees the return of Limehouse Lizzy to South Street after sell out shows for the past six years. Renowned for an action-packed pyrotechnic-fuelled explosion of a show, Limehouse Lizzy continue to keep the spirit of Celtic rock icon Philip Lynott and his band Thin Lizzy alive, well and dominating stages worldwide. Note: this is a standing concert and there will be no seating available. Doors open at 8pm.

Paul Foot
Don’t miss this extra chance to see the King of Surreal Comedy Paul Foot, and his latest show Hovercraft Symphony in Gammon # Major, which completely sold out at the Playhouse in October. His subversive, insightful absurdity constantly challenges and delights his faithful connoisseurs, leaving “your sides sore and your face wet with tears” (Edinburgh Evening News). Saturday 14th February 2015 at Norwich Playhouse.

Kenny Ball Junior and His Jazzmen
Keeping the tradition alive! Kenny Ball had one main wish before he passed away in 2013 – for his son Keith Ball to carry on his legacy. Keith had long been accompanying his father on stage – singing all the smash hits – and when Kenny was admitted to hospital Keith took over the band promising to keep playing the wonderful music loved by millions. The band, still featuring a number of founding and long-time members, is stronger than ever – creating a storm all over the world with their superb musicianship and commitment to keeping the tradition of the Kenny Ball sound. Saturday 21st February 2015 at Norwich Playhouse.

Valentine Speed Dating
Celebrate being single this Valentine’s Day and join other fun, flirty and fabulous singles for a night of speed dating at The Priory Bar & Kitchen Wednesday 11th February 2015. Arranged by SpeedDater, the UK’s Leader in events for single professionals, registration kicks off at 7pm and the Speed Dating runs from 7.30 until 9.30pm.

Silver Screen Festival 2015
There will be rollicking adventures, unbridled intrigue and poignant romance as we look through the cinematic lens at the dashing heroes, rakish villains and feisty heroines of the Georgian age immortalised in the studios of Hollywood and Pinewood. A line-up of cinema’s greatest names in acting and eleven award-winning movies set in the 18th and early 19th centuries will be screened in a week-long festival of classic film. From now until Sunday 8th February 2015.

Fiesta Flamenca
Flamenca with Anita La Maltesa and Ramon Ruiz with special guests from Spain. Tickets £12 in advance, £15 on the door. Bookings 07875 768 608 or fiestaflamenca@hotmail.co.uk.

Food Market
Open every Sunday come rain or shine from 10am-2pm, Chiswick Food Market is a social enterprise whose proceeds and profits are used to improve and maintain both the local meadows and the surrounding riverside area. Held in the farmyard setting of the Grove Park Farm House, adjacent to the play area.

Farmers Market
Shoppers keen to sample West Country foods are invited to try and buy a wide range of produce at the Exeter Farmers Market. The market has morphed into a vibrant and enjoyable place to buy and sell, giving local producers a chance to meet and talk directly to the consumer of the produce they grow or make. A delicious and wide range of produce for sale including venison, pork, lamb, beef, chicken, organic fruit and vegetables, apple juice, fish, preserves, cakes, bread, pies and much more. Thursdays from 9am until 2pm.