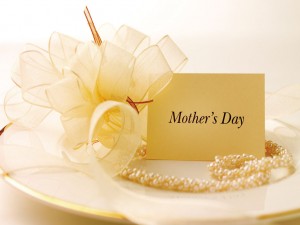 Heads South
Heads South are an exciting name on the Latin Jazz Salsa scene with a fast growing reputation. The hallmarks of their music are emphatic Cuban and Latin rhythms and tuneful melody lines. This is premium Latin Jazz that appeals both to the keen concert hall listener and the dance floor lover. Playing at The Grey Lady, 70-72 The Pantiles, TN2 5TW on Saturday 7th March.

The Full Monty
In 1997, a British film about six out of work Sheffield steelworkers with nothing to lose took the world by storm! Now they’re back and this time they really have to go the Full Monty…live on stage. Simon Beaufoy, the Oscar winning writer of the film, has gone all the way with this hilarious and heartfelt adaptation that’s getting standing ovations every night. From Monday 9th-Saturday 14th March 2015 at the Assembly Hall Theatre.

Mrs McMoon’s Teaparty
You have been cordially invited to Mrs McMoon’s house for an entertaining tea party. Please bring mischief, surprise and laughter. Singing flowers, scrumulumptious biscuits and a Scottish jig are all just a door knock away. Set in the warm surroundings of her cosy old living room where tea is brewing and the smell of freshly baked cookies tickles your nostrils. Through the medium of immersive, engaging and interactive storytelling, let a sweet old lady take you by the hand to explore a world of brave and daring adventures. Sunday 15th March at Trinity Theatre.

Red Riding Hood Puppets
Make your own Red Riding Hood inspired character on Saturday 7th March 2015 from 11am-12.30pm at Norwich Puppet Theatre. Kids age 5+ can let their imaginations run wild to create a new puppet character using a vast array of materials, with the workshop leader on hand to offer top tips for customising your character. £8.50 per child.

Essex Delta Blues All Day Marathon
Blues in the City are showcasing some of the very best talent Essex has to offer. 18 acts from across the region in one venue on two stages playing a non stop 12 hour marathon! With a maximum 200 tickets, we recommend getting in quick to avoid disappointment.

Chelmsford Fairtrade Fortnight
It’s not too late to do your bit…From now until Sunday 8th March, the Chelmsford City Fairtrade Campaign is calling on the local community to support the good cause. Chelmsford was awarded fairtrade city status in 2005, and supporters will have a stall in the High Street on March 7th to promote their activities.

Bristol Jazz and Blues Festival
Bristol plays host to some of the world’s most exciting and innovative jazz musicians for one explosive weekend in March 2015. Featured musicians include David Sinclair Exhibition and New Orelans Takeover. What’s more, this year’s festival is going big, and has expanded to include a fringe programme in venues across the city to embellish the main festival line up. The debut Fringe Festival includes no fewer than nine separate events in six of Bristol’s best loved jazz venues. Friday 6th-Sunday 8th March 2015.

The Coach House
Every Saturday night, The Coach House, B91 3QE is home to Saturday Night Sessions with resident DJ Andy Spencer playing the coolest collection of your favourite tracks! Free admission from 8 till late.

Simply 90s
The ultimate 90s night – 90s music ALL night! The first Friday of every month at The Slug and Lettuce B91 3GS. 9pm-late. FREE entry all night.

Fabulous Girls Night Out
Fabulous Collections are hosting their SS15 fashion show in association with Phase Eight at Hogarth’s Hotel, B93 8QE. Tickets £5 per person – pop in store or call 0121 709 0585 for more information or to book your place.

Plymouth Half Marathon
Plymouth’s Half Marathon is a much celebrated traffic free road race, which takes place in all that is great about Plymouth. Stunning coastal views, the beautiful National Trust grounds of Saltram Park, as well as the iconic Plymouth Hoe where Sir Francis Drake once played bowls! Entries close on Monday 23rd March at midnight.

Lunchtime Talk: Tremlett, Hawkins and Magrath: Revisiting Old Friends
Join Barbie Thompson from the University of the Third Age as she calls again on Captain Edward Hawkins (1765-1839) and Vice Admiral Tremlett (1722-1866) – two portraits that feature in the City’s current In the Frame exhibition. She will also provide an update on another old friend, Dr George Mcgrath (1775-1857). Tuesday 10th March, 1.10pm-2pm plus Q&A, £2 per person.

Game Masters
Massive touring exhibition celebrating the varied history of computer gaming. With more than 125 playable games to work your way through, get stuck into arcade games, physical games (think Dance Battle et al), consoles, PCs and many more. On top of this, there are also displays of concept art, interactive displays and in-depth interviews with game designers. The National Museum of Scotland, Saturday 7th and Sunday 8th March 2015.

Bloody Mary Club
We’re pretty sure the concept of ‘brunch’ was created to give people an excuse to drink a Bloody Mary before teatime. Nice and easy, Sunday afternoon entertainment, accompanied by local DJ heroes and multiple special versions of the legendary hangover drink the Bloody Mary. Each recipe is well thought out and developed to give guaranteed liquid gourmet satisfaction. Sundays from 2-8pm at the Cabaret Voltaire, EH1 1QR.

Caucasian Chalk Circle
A production of Bertholt Brecht’s famous drama, which tells the powerful story of two women who both claim to be the mother of a child. This performance has been translated by Scottish writer Alistair Beaton and directed by the Lyceum’s artistic director Mark Thompson. Tuesday 3rd-Saturday 14th March from £15-29 per person.

Albert & Friends Instant Circus
Albert & Friends Instant Circus exists to develop the creative potential of young people, irrespective of their socio-economic environment or physical ability through practical engagement with circus and theatre arts. The Charity offers young people a wide diversity of experiences. An extensive training programme offers ground and aerial skills, music, mime, dance and drama. The Circus has gained worldwide recognition for presenting highly skilled, innovative circus theatre performances. The Circus, began in the parks of the London Borough of Hammersmith and Fulham in 1983. Although still reflecting its local West London environment and roots, its reputation and performance schedule now extend far beyond the boundaries of the local borough. London, New York, Edinburgh, Paris, Beijing, Hamburg, Ljubljana, Maastricht and Adelaide have all applauded the skill, charm and daring of London’s Premier Youth Circus. Term prices (10 sessions) vary between £80 to £145. Trial days on some classes, but not on all. Between 10:15 – 19:45 on Mondays, Wednesdays, Thursdays and Saturdays. Running now until Saturday 28th March 2015 at St Alban’s Hall, 2 Margravine Road, W6 8HJ.

City and Country Farmers Market
North London’s famous Farmers Market at Ally Pally takes place most Sundays near Muswell Hill entrance to the park with free parking for you to bring the car and load up with all fantastic local produce from over 30 stalls. Handmade pies, cakes and biscuits, relishes and sauces, smoked meats and fish and freshly marinated olives are just some of the things you can pick up at the market! Every Sunday from 10am to 3pm.