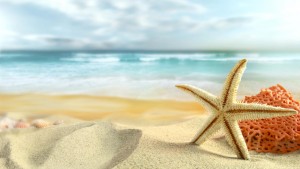 With temperatures on the up (well, here’s hoping!) and summer finally here, it’s time to check out what’s happening in June with Futon Company…

BBC Antiques Roadshow
BBC One’s ever popular Sunday evening programme Antiques Roadshow will be filming for its 38th series at The Royal William Yard, Plymouth, on Thursday 11th June 2015. The doors open at 9.30am and close at 4.30pm. Entry to the show is free. Some of Britain’s leading antiques and fine arts specialists will be on hand to offer free advice and valuations to visitors, who are invited to raid their attics and bring along their family heirlooms, household treasures and car boot bargains for inspection by the experts.

Lord Mayor’s Day
This year’s Lord Mayor’s Day event will take place in Plymouth City Centre on Saturday 6th June between 10am and 5pm. The annual event will welcome the new Lord Mayor into their role and give the opportunity for the people of Plymouth to celebrate this occasion. This year’s theme will be the 200th Anniversary of Napolean on HMS Bellerophon in the Plymouth Sound.

Armed Forces Day
Taking place on Saturday 27th June 2015 from 9.30-11am, military personnel, their families and veterans will join forces with the local Plymouth community to celebrate the city’s Armed Forces past and present. Located on Plymouth Hoe with spectacular panoramic views over Plymouth Sound, visitors will see interactive equipment, displays and military vehicles as well as a number of Air Displays taking place across the day.

Chester Regatta
Chester Regatta will take place on 13th June 2015. First established in 1733, this is the oldest rowing event of its kind in the world. Be part of this great tradition, a co-operative event featuring all the rowing clubs on the River Dee in Chester. Spectators free. Hot and cold food and drink sold. The River Dee, The Regatta Ground is at Sandy Lane, next to the Sailing Club, Chester.

Farmers Market
Tunbridge Wells Farmers Market has been running since 1999 and is a popular and regular event in the town centre. It provides fresh and local produce and supports sound farming practices, benefiting the environment through reducing food miles, boosting the local economy and adding vibrancy to the town centre. The Market takes place on Civic Way (outside the Town Hall) Royal Tunbridge Weels, on the 2nd and 4th Saturday of the month from 9am-2pm. June dates include 13th and 27th.

Ruby Wax Sane New World
Much-loved US born comedian, actor and writer Ruby Wax comes to Norwich Playhouse on June 3rd-5th 2015 with her new show, based on her critically acclaimed book Sane New World, which helps us understand why we sabotage our sanity with our own thinking. The show explains how to re-wire our thinking to find calm in a frenetic world and how to become the master, not the slave, of our own minds. Age 14+.

Tony Stockwell Psychic Medium
“It’s not creepy or kooky, or mysterious or spooky. It’s Psychic Medium Tony Stockwell demonstrating his belief that those who have passed can communicate with their loved ones. Remarkably compelling, amazingly detailed and accurate and always humorous. Nobody can fail to come away untouched by the experience.” Monday 1st June 2015 at Puppet Theatre. Bar open from 6.30pm. Tickets £22. 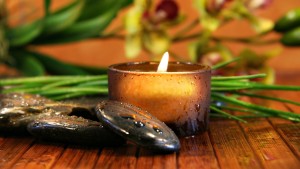 Race for Life 2015
Join Cancer Research by taking part in a Race for Life 2015 5k event. 5k is an achievable distance for all ages and abilities and you can run, walk or even dance your way around the course. Taking place at Malvern Park, New Road, B91 3EA on 21st June 2015.

Farmers Market
A traditional market full of local produce all produced within a 30 mile radius ensuring everything is fresh and most importantly local. Come along to High Street, B91 3SW on 5th June 2015 from 9am-5pm and support your local farmers.

Sheringham Park Rhododendron & Wild Garden Walk
Take a walk in the wild garden when the flowering rhododendrons should be at their best. Join the head gardener for a tour of the wild garden to see the colour provided by the flowering rhododendrons and azaleas alongside specimen trees from across the world. A National Trust event on Tuesday 2nd and Tuesday 9th June at Sheringham Park, Visitor Centre, Wood Farm, NR26 8TL from 2-3.30pm.

Exhibition on Screen
Following the hit screenings of Manet, Munch and Vermeer exhibition tours last year, Exhibition on Screen is back with more outstanding shows from some of the world’s most renowned collections, on the big screen at Exeter Picture House. Monday 1st June 2015 focuses on The Impressionists. They are the world’s most popular artists but why and how did they paint, and what is their enduring appeal? This energetic and revealing film will tell a remarkable story. 6.30pm.

Choral Music Though The Ages
A programme of music from medieval to modern showcasing Exeter Cathedral choir’s wide liturgical repertoire, including works from or inspired by the church’s very own 965 year Library and Archive. Exeter Cathedral’s profession choir is made up of 36 Choristers who combine their daily singing duties with a rounded education at Exeter Cathedral School. June 13th 2015 from 7.30pm. £15 per tickets for adults, £7 for children.

Danny Bhoy
Danny Bhoy, host of BBC Live at the Apollo, is one of the most globally successful and prolific comics working today. A natural gift for storytelling combines with razor sharp wit to make him one of the most exciting stand ups to have emerged in recent years. Aged 15+. June 1st 2015 at Exeter Corn Exchange from 7.30pm.

51st Cambridge Folk Festival
The line up for this year’s internationally recognised Cambridge Folk Festival (30th July-2nd August 2015) has been announced and promises inclusive fun for all ages, placing finger pickers alongside Jamaican brass, a silent ceilidh and a selection of exceptional women – not least the American folk singers Joan Baez and Peggy Seeger. To purchase advance tickets head to the website.

Strawberry Fair
June 6th 2015 sees the 41st Strawberry Fair build on its long and illustrious history to bring you a festival of verve and colour on Midsummer Common, Cambridge. It all starts with the Parade that meanders around the city centre from 10.30am before returning to Midsummer Common to kick off the rest of the Fair at noon. The Fair then runs all day, culminating with the Finale at 10.30pm which brings festivities to a close at 11pm. 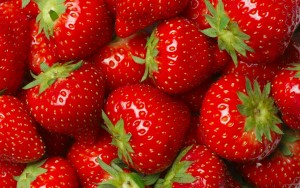 Bristol’s Big Green Week
Big Green Week festival will be back in the centre of Bristol from Saturday 6th to Sunday 21st June 2015 so whether you’re a culture vulture, upcyclist of DIY enthusiast, there’s sure to be something for you.

The MoonWalk
This is one party you won’t want to miss! Help celebrate The MoonWalk Scotland’s 10th Birthday by signing up for the Mad Hatter’s Midnight Tea Party in Inverleigh Park, Edinburgh on Saturday 13th June. Organised by grant-making breast cancer charity Walk the Walk, this famous event will see thousands of women and men power walking through the streets of Edinburgh at midnight wearing bras decorated with this year’s Alice in Wonderland inspired theme. 13th June 2015.

Edinburgh International Film Festival
This two week celebration of cinema kicks off the busy summer festival season in Edinburgh in some style with gala premieres and talks form visiting directors. It has attracted world-class film directors in the past and in 2012 was famously the site of the European premiere of Disney-Pixar’s Scottish set animation Brave. From 15th-28th June 2015.

Michael McIntyre
Smart-suited comedian Michael McIntyre comes to New Theatre Oxford on June 18th-20th 2015 with his Happy & Glorious UK & Ireland Tour 2015. Described by the Evening Standard as “one of the most gifted performers to emerge in years” this is one to definitely not miss.

Jay Rayner, My Dining Hell
Jay Rayner has been the Observer’s restaurant critic for over 12 years, is the resident food expert on The One Show and a regular judge on Masterchef. In My Dining Hell at Cornerstone Arts Centre Didcot OX11 7NE on Saturday 20th June, he examines our love affair with bad reviews, tells us about the most excruciating nights out he’s had and a whole lot more. A hugely entertaining show in the company of the man recently voted the best food and drink journalist in Britain.

London to Brighton Bike Ride 2015
A fundraising challenge starting in London and finishing on the Brighton seafront, cyclists will start the challenge in South London, travel through Mitcham, Charshalton, Chipstead, Banstead, Haywards Heath and finally to Brighton having completed 54 miles! Takes place on June 21st 2015 and is free to spectators. 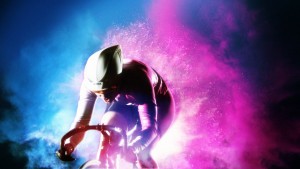 Reading Water Fest
Visitors to this year’s celebration of canal life on the Kennet and Forbury Gardens on 13th June 2015 will be entertained by traditional music and dance. Other entertainment and children’s activities will take place across the Water Fest site throughout the day. Chestnut Walk will be transformed into a craft avenue where you can browse among the hand-made products and take in the beautifully painted narrow boats along the towpath. A number of boat parades will work their way along the river during the day and there will be a best dressed boat competition, canoeing demonstrations, a duck race and a boat tug of war on the water too. From 11am-5pm.

ABBA Mania
Thursday 4th June 2015 sees a special concert presentation at The Hexagon which celebrates the music of ABBA in a respectful and enjoyable way, reviving special memories of when ABBA ruled the airwaves. ABBA Mania brings fans of old and new a night not to be missed. If you’re looking for an excuse to party, reminisce or simply be entertained by the best music ever, this show is for you!

Midsummer Jazz Cruise from Chiswick Pier
Celebrate Midsummer on Friday 19th June 2015 by joining us on a jazz cruise to Westminster and back. We will be leaving Chiswick Pier at 7pm and returning at around 10pm. On board to serenade you whilst you sail the Thames will be the popular jazz band Anacousis. On your return journey enjoy the magic of London by night, viewed from the river. We will be serving a delicious two course cold supper during the cruise. Tickets on sale at £38 per person. To book please call 020 8742 2713 or 07594 596 729.

Theatre Royal Summer Masked Ball
Celebrate summer and dance the night away to Mr Swing’s Dance Orchestra, who will perform big band favourites. With fizz and canapés on arrival and the option to come in full masked ball glamour, there’s no better way to enjoy the beautiful setting of the De Grey Ballroom. Dance class for beginners to brush up on your ballroom skills 6.30-7.30pm, £3. Tickets £17 + £1 booking fee.

GoFest
The UK’s first family festival of sport, dance, health and fitness is set to take place at Surrey Sport Park on 10th-12th July 2015. Whether you are a seasoned sports player, want to try some new activities, burn some calories or learn the benefits of a healthier lifestyle, GoFest is for you, your family and friends. Described as a ‘sporting Glastonbury’, GoFest allows you to take part in as many free coaching sessions as you like, a multitude of sports, classes, tournaments and activities, all of which are included in the price of your ticket.

Formula E Race Weekend
London’s inaugural Formula E race weekend is set to take place in Battersea Park on June 27th and 28th, featuring state-of-the-art electric racing cars. These will compete on a 1.8 mile circuit that uses the park’s existing perimeter road. The racing cars use cutting edge electric motors that produce virtually no noise and no harmful emissions. For more information about Formula E, including updates on this year’s championships and details of how to purchase tickets for the London races, visit the website.

No Tomorrow Festival
No Tomorrow returns bigger and better for 2015! Set against the backdrop of Wollaton Hall, the once peaceful and idyllic setting of Nottingham’s deer park, June 6th and 7th sees the region’s biggest outdoor weekend festival take place. This year’s headliner is Jessie Ware and joining her is BRIT award nominee DJ Fresh. As well as an awe inspiring musical line up, the festival also features the best in gourmet street food. 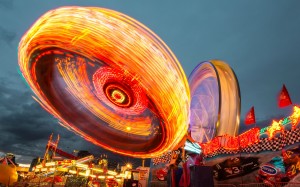