What’s on in February… 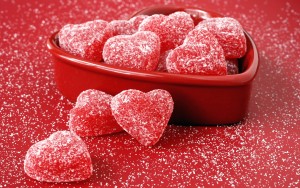 What’s on in February?… Futon Company presents the pick of the crop across the UK

Teen Star
Teen Star is a one-of-a-kind singing contest looking to find the UK’s best teen singer, duo, vocal group or rapper to be crowned the UK’s Best TeenStar, with past Grand Finals being held at the NEC in Essex and at London’s O2! It is anticipated that the competition will attract over 9,000 young hopefuls. The competition is open to anyone aged 19 and under. For more information and to enter go to teenstarcompetition.co.uk. Entry price £5, doors open 8am-8pm on February 15th at Marconi Club, Beehive Lane.

The Thinking Drinkers Guide to the Legends of Liquor
A brand new show from award-winning drinks experts (whose ‘Guide to Alcohol’ has sold out at the Fringe and at London’s Soho Theatre for three years running) comes to Chelmsford City Theatre Cramphorn on Saturday 7th February 2015 from 8pm.

Wicked at Theatre Royal
Winner of 100 international awards, Wicked has been casting its magical spell over audiences across the world for a decade and continues to break records at London’s Apollo. Packed with thrilling technical wizardry, stunning costumes and show stopping songs, Wicked is an unforgettable experience for audiences of all ages. What’s more, it’s on at Plymouth’s Theatre Royal from Tuesday from now until Saturday 14th February.

In the Frame: Plymouth’s Portraits Revealed runs from now until 31st December 2015, featuring the latest significant acquisition to Plymouth’s Portrait Collection – an early self-portrait by famous 18th century artist, Sir Joshua Reynolds. Meanwhile Open for Business runs until 12th March, where leading photographers from across the globe will showcase their images of Contemporary British manufacturing. And finally Beauty and Power runs until 9th March, celebrating the 100th anniversary of ‘Plymouth’s Greatest Gift’ – The Cottonian’s Collection at the City Museum and Art Gallery. This collection is a 2,000 volume book library, several thousand prints, Old master drawings, oil paintings, bronzes and other sculptures.

Chiswick House & Gardens Trust
Chiswick House & Gardens Trust runs seasonal events and tours throughout the year in the House and Gardens for all to enjoy. Opera, open air theatre, history talks, nature walks, film festivals, dog shows and special children’s activities are just some of the events for all the family to enjoy throughout 2015. February 28th 2015 sees the opening of the Camellia Show 2015 which will run until March 29th 2015. The Camellia’s of Chiswick House are widely regarded as one of the finest collections in the country and are certainly the oldest Camellia Collection in the glorious setting of the historic and fully restored Conservatory. The Observer Magazine’s Dan Pearson says: “The Camellia’s of Chiswick House are a living legacy – and a welcome splash of colour in the urban winter landscape. It is a day out that will reveal far more than a March shot of colour.”

Albert & Friends Instant Circus
Albert & Friends Instant Circus exists to develop the creative potential of young people, irrespective of their socio-economic environment or physical ability through practical engagement with circus and theatre arts. The Charity offers young people a wide diversity of experiences. An extensive training programme offers ground and aerial skills, music, mime, dance and drama. The Circus has gained worldwide recognition for presenting highly skilled, innovative circus theatre performances. The Circus, began in the parks of the London Borough of Hammersmith and Fulham in 1983. Although still reflecting its local West London environment and roots, its reputation and performance schedule now extend far beyond the boundaries of the local borough. London, New York, Edinburgh, Paris, Beijing, Hamburg, Ljubljana, Maastricht and Adelaide have all applauded the skill, charm and daring of London’s Premier Youth Circus. Term prices (10 sessions) vary between £80 to £145. Trial days on some classes, but not on all. Between 10:15 – 19:45 on Mondays, Wednesdays, Thursdays and Saturdays. Running now until Saturday 28th March 2015 at St Alban’s Hall, 2 Margravine Road, W6 8HJ.

City and Country Farmers Market
North London’s famous Farmers Market at Ally Pally takes place most Sundays near Muswell Hill entrance to the park with free parking for you to bring the car and load up with all fantastic local produce from over 30 stalls. Handmade pies, cakes and biscuits, relishes and sauces, smoked meats and fish and freshly marinated olives are just some of the things you can pick up at the market! Every Sunday from 10am to 3pm.

Cirque Berserk
Combining cirque style skills and artistry with all the thrills, spills and laughs of the traditional big top, Cirque Berserk is a fun filled spectacle that will delight audiences of all ages. Featuring the world’s most dangerous circus acts, this thrill-packed show also includes jugglers, acrobats, aerialists, dancers, musicians and stuntmen. Keeping you on the edge of your seat all night, it’s a show you won’t forget. “Makes Cirque Du Soleil look wimpish…leaves one breathless with excitement,” Daily Telegraph. From Friday 20th February to Sunday 22nd February at the Corn Exchange.

Snowdrop Festival
Enjoy a walk around the gardens of Anglesey Abbey, Gardens and Lode Mill as 270 species of snowdrop herald the arrival of spring. Guided tours available Monday-Friday at 2pm with up to 30 people per tour. To pre-book a place call 01223 810 086.