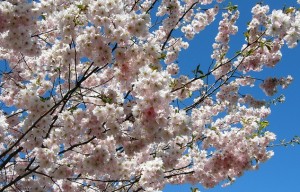 After nearly 10 years and a massive reunion world tour with Genesis, Mike Rutherford recently joined forces with one of the UK’s most successful R&B acts Andrew Roachford & Tim Howar for a new generation of Mike & The Mechanics. Coming to Edinburgh’s Festival Theatre, 13-29 Nicolson Street on Sunday 12th April 2015. edinburghthreatreguide.com

The brand new Think Floyd production for 2015 celebrates the 40th anniversary of Wish You Were Here, featuring a performance of the entire masterpiece, complete with an impressive laser light show, along with the whole range of classic Pink Floyd from Barrett to The Division Bell. Coming to Edinburgh’s Shanklin Theatre Saturday 11th April 2015. ents24.com

Shakespeare at the Tobacco Factory is “full of raw power and passion [and] grabs the audience by the throat and demands attention rather than wooing them with romance and poetry” says the Bristol Post. From now until April 4th 2015. Box office 0117 902 0344. tobaccofactorytheathres.com

Jimmy Carr, one of the hardest working comedians in Britain comes to Colston Hall on Saturday 18th April 2015. “His shows are like listening to a triple X-rated Bob Monkhouse on acid,” say the Guardian. Those easily offended need not apply. This is a 16+ show. Colstonhall.org. Price £26.88 including booking fee

Generally considered to be a master of anti-populist comedy, Stuart Lee certainly pulls no punches about what he thinks of the current big hitters on the scene, pouring vitriolic scorn on many of them as part of his own shows. Often described by The Times as “the comedians comedian, and for good reason.” Lee comes to Colston Hall on Saturday 25th and Sunday 26th April 2014. Price £22.58 including booking fee. colstonhall.org

The Easter bunny has hidden clues around Elmdon Park, B92 9EY and invites children to crack the password and win a chocolate egg on 18th April 2015 from 11am-3pm. Young hopefuls may even spot the Easter bunny as he hops around the park. Puppet shows, face painting and other entertainment available on the day. £2 per child – other attractions including face painting can be paid at Reception. Meet at the Tanhouse Farm Road car park entrance. solihull.gov.uk

Join food vendors from across the region on Friday 3rd April to sample and buy a whole host of freshly made and home grown goodies. From 9am-5pm at Solihull High Street. Held on the first Friday of every month. localfoods.org.uk

A Recital with Alessandro Taverna

Miss Ivy Events are proud to be the team behind the hugely popular All Things Vintage and Lovely Fairs since 2011. Coming to The Guildhall, Royal Parade, PL1 2AA on Saturday 25th April 10.30am-4.30pm, the event will feature live music from The Drat Pack and dancing with Mad About Swing as well as over 65 vintage, retro and artisan stalls including clothes, crockery and homewares. missivyevents.co.uk

Enjoy the Easter holidays in Plymouth with lots of eggscellent events and offers! Key highlights include the Saltram Easter Trail, the Mount Edgcumbe Easter Egg Hunt on Sunday 29th March 11.30am-3pm, tea for two at Boringdon Hall and the Devonport Guildhall Easter Fayre on Saturday 4th April 10am-4pm. For information on Easter Events go to www.visitplymouth.co.uk/

The Brighton Marathon is one of the UK’s favourite 26.2 milers. With a stunning backdrop of the sea in one of the country’s most vibrant cities, the race gets bigger and better every year. Renowned for its buzzing atmosphere and roaring crowd support, the course winds through the city streets, finishing up on the spectacular Brighton seafront. The marathon is just one part of the Brighton Marathon Weekend, an event that also encompasses The Mini Mile Races, the BM102k and the Brighton Marathon Exhibition. The 2015 event will start on Sunday 12th April at 9.15am in Preston Park, Brighton. brightonmarathon.co.uk

With the Easter holidays upon us, Sussex County Cricket Club has launched a treasure hunt that is just the ticket for mums and dads looking for something to do with the kids. The #GOSH will involve 10 golden oysters hidden on the beaches between Brighton Pier and the start of Hove Lawns by King’s Esplanade, open from March 30th to April 10th. Each golden oyster contains a golden invitation for one lucky person to see an upcoming NatWest T20 Blast fixture at the BrightonandHowveJobs.com County Group or free Junior Sharkz membership. welovebrighton.com

The Brighton & Hove Food Festival is a celebration of food and drink running every Easter. With local producers, growers, restaurants, bars and food retailers firmly at its heart, it’s a showcase of the fantastic food, drink and hospitality to be found in the city and surrounding Sussex. Organisers also work alongside international destinations in Europe and further afield to co-promote the gastronomic offering of Sussex and partner regions globally. 1st-6th April 2015. brightonfoodfestival.com/

The Woolpack’s Easter Beer Festival is set to take place over the Easter Weekend from Thursday 2nd to Sunday 5th April 2015, featuring over 80 real ales, ciders and perrys. Food will be served all day out in the marquee. The last to be organised by Dave & Maggie so don’t miss it! chelmsfordcamra.org.uk

Tickets are now available for an evening packed full of classical music and West End favourites. Soprano Jackie Pittman will take to the stage for a special evening show at Ingatestone Hall. The singer will perform well-known classical songs including Brindisi, from La Traviata, a Back Gounod rendition of Ave Maria and Puccini’s Nessun Dorma. The performance on April 11th 2015 will begin at 7.30pm. Tickets £25. Jackiepittmansings.co.uk

Art on the Railings

Art on the Railings is Norwich’s free open-air market in the centre of the city. Local artists are invited to display their work on the railings of the St Peter Mancroft Church, giving an amazing backdrop to showcase their talent. This popular event takes place from 10am to 4pm on the last weekend of every month from now until November. It is open to all to browse, buy or display. events@norwich.gov.uk

Futon Company’s very own Patricia Durbin, Norfolk Resident and star from the film I’m Not Dead Yet which was a hit at the Forum last year will delight and entertain delegates with tales of her youth and perceptions of the here and now. www.norfolkpensionfund.org

Futon Company is delighted to be part of Cambridge BID’s Easter Promotion along with other local businesses. The mini trail around Cambridge issues shoppers with an entry card, inviting them to visit participating businesses around the town to get a stamp from each. Once completed, the cards will be entered into a prize draw with the winner receiving a selection of goodies from the participating stores. Running from now until 12th April 2015. business.camrbdigebid.co.uk

Cambridge bid are running a survey to try and understand people’s shopping habits, where locals go to find out information about What’s On in Cambridge and also to see which Cambridge BID projects locals are familiar with and how Bid can improve these to enhance the customer experience in the city centre. The survey will take less than 10 minutes and everyone who shares their details will be entered into a draw to win an iPad Air 2. The survey will close on April 3rd 2015. www.cambridgebid.co.uk