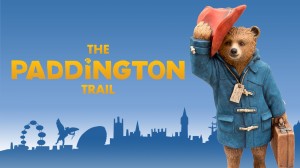 Illuminate 2014
This Thursday 20th November, Plymouth residents and visitors are invited to The Hoe from 6.30pm, marking the start of the official countdown to the 400th anniversary of the Mayflower sailing. There will be the opportunity to light a candle and take part in a group formation, which from the air will create the number ‘400’. An ‘Illuminate 2014’ smartphone app has been developed and provides an animated lit flame that can be used.

You can download the ‘Illuminate 2014’ mobile app for Apple and Android devices, allowing you to light a virtual candle, illuminate your own community and share your experience through the app’s picture-sharing feature. There will be performances at 6.45pm and 6.55pm from the Royal Naval Volunteer Band before an hour of entertainment from 7pm. The entertainment will be provided by Plymouth Dance and Plymouth Music Zone with performances from local groups including the Attik Youth Dance Company and the Street Factory.

The Paddington Trail
In celebration of London’s art, culture and innovation, and the release of Paddington The Movie – in cinemas from 28th November 2014 – visitlondon.com and the NSPCC and StudioCanal have launched The Paddington Trail. From now until 30th December, Paddington fans are invited to follow in the furry footsteps of the world’s favourite Peruvian explorer, and fifty Paddington statues will be located across London close to museums, parks, key landmarks and shops in an inspiring trail. The statues have all been designed with celebrated artists, designers and celebrities following the travelling bear’s favourite places in London.