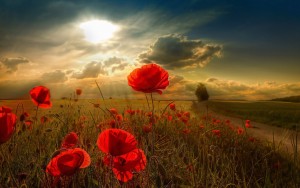 Here at Futon Company we’re always on the lookout for top travel tips. So visitengland.com’s focus on what not to miss in November featured in dailymail.co.uk on October 25th made for riveting reading. According to writer Katie Rowe, “November is bursting with unmissable events, many of which could form the basis for a great holiday.” Here’s what she suggests…

Step back in time with Samuel Pepys
There’s no one better placed to tell you about life in 17th century London than the curly wig-wearing diarist. Although Pepys has been dead for more than 300 years, his illustrious diary keeps this turbulent period of history well and truly alive, and has inspired various exhibitions, but none as extensive as the one taking place at the National Maritime Museum in Greenwich from November 20th to March 28th 2016. Various extracts from Pepys candid diary will be on display, alongside numerous historical objects that reveal the many different faces of this iconic figure, from hedonistic socialite to naval mastermind.

Seeing history in a new light at Lynn Lumiere
King’s Lynn’s colourful history comes to life this autumn and winter as a series of animated light shows are projected on to six of the town’s most famous landmarks. Follow a maritime trail along cobbled lanes, enjoy afternoon tea at the Bank House Hotel, and stroll along the riverside before seeing historical scenes come alive on buildings including King’s Lynn Minster, Customs House and Greyfriars Tower from dusk until 10pm.

Admire a sea of poppies
If you missed the remarkable display at the Tower of London last year, there’s another chance to see the poppies at St George’s Hall in Liverpool from November 7th until January 17th 2016. This neo-classic masterpiece makes a fitting setting for the stirring sculpture Weeping Window, which sees thousands of handmade ceramic poppies pour out of the Corinthian-columned landmark.

Sup on the best beers in the South West
Held in the Victorian cellars of St Austell Brewery on November 28th, the Celtic Beer Festival is one of the biggest parties of the year for real ale fans. It’s also one of the cheapest. Tickets cost just £10 and include a commemorative festival glass, two half-pint beer tokens and a packed programme of live music until 11pm. This annual celebration of Cornish beer will see more than 130 different ales, stouts and lagers available, including firm favourites Tribute and Proper Job, along with those brewed just for the festival. All profits go to the St Austell Brewery Charitable Trust.