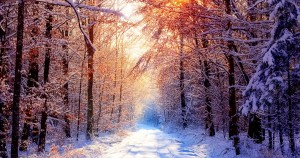 It’s time to blow away those cobwebs and enjoy all that nature has to offer by embracing the great outside space. Think stunning scenery, awe-inspiring locations and accessible spots – all at hot spots across the UK. Check out Katie Rowe’s top tips at visitengland.com on lush locations and things to do in winter which will help walk away those winter blues. She says…

Reconnect With Nature in Suffolk
Spend the day on the National Trust-owned beach and heath at Dunwich, surrounded by rugged cliffs, and lowlands teeming with wildlife such as Dartford warblers, nightjars and adders. Dunwich is one of the more remote and dramatic parts of Suffolk and a hotspot for ramblers and nature-lovers alike. It’s also a great place for a family day out – you can even bring your pet dog along for a game of fetch along unspoilt coastline.

Trace Cornwall’s Magical Past
It’s not often you get to follow in a giant’s footsteps but stroll across the causeway at low tide to St Michael’s Mount, legendary home of the Cornish giant Cormorian, and you can do just that. This diminutive island, steeped in myth and legend, is topped by a turreted castle, passed down through generations of the St Aubyn family. Adjoining the castle is a medieval priory, built after the island was given to Benedictine monks by William the Conqueror. Together with the village and its bustling harbour, they make an idyllic place to wander, whatever the season.

Explore The Wild Spots of Lancashire
Wildlife-spotting among the rural grandeur of the Forest of Bowland, an Area of Outstanding Natural Beauty, is a must and it’s even easier to do from the saddle of an electric bike. Cycle along the tranquil country lanes that snake through sweeping moors and over burbling streams, and stop off at various hotspots, including Dunsop Valley, a haven for curlew, lapwings, oystercatchers, redshanks and dippers. Tackling the lofty Bowland Fells on a bicycle can be quite a challenge, but with an electric bike you’ll get some extra help on those tough climbs. You’re also more likely to catch a glimpse of two majestic birds of prey – hen harriers and peregrine falcons – gliding above you.

Whizz Across To The Isle of Wight
There’s something intangibly alluring about an island holiday, and the Isle of Wight is one of the finest and most accessible spots for an escape from the mainland with hovercraft whizzing you across from Portsmouth and ferries departing from Southampton. About half of this South Coast oasis is a designated Area of Outstanding Natural Beauty, and one of the best ways to experience the grand chalk cliffs, sandy beaches, and glorious downs is via an impressive network of footpaths, bridleways and cycle paths. Nature aside, the island is also famed for its charming villages; it’s the England we think of with a nostalgic smile on our face, yet the island is far from what you’d call ‘sleepy.’ Whether you choose a romantic break in February where pampering, fine-dining and trips to the theatre are the order of the day, or opt for a stay in a vintage caravan in the height of summer when the island booms with an impressive array of festivals, the Isle of Wight offers the ultimate getaway experience.