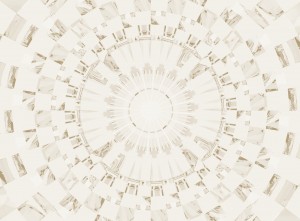 Mirrors, according to Vogue (November 2015), “cast a light on what it is to be human.” And it seems they are having their moment in the spotlight, thanks to the new Birmingham branch of Harvey Nichols which, according to Vogue writer Christa D’Souza is “set to be the most digitally sophisticated fashion store Britain has ever seen.”

What’s more, she says, “mirrors play a very large part [of the 45,000 square foot space].” This store definitely pays homage to all things mirrored, including mirrored columns, mirrored clothing rails, polyurethane ceilings…”it feels like being in a giant jewellery box,” apparently! The architect wanted to create a huge mirrored effect but his pride and joy is apparently the 360 degree mirror.

Vogue says, “imagine a three-panel mirror with a video screen attached to the central one. By setting the in-built camera to a 5-10 second delay, you can do a little catwalk turn in your outfit, watch yourself afterwards, and then share said footage via Twitter, Instagram or email for that ‘final, reassuring opinion’… It is the ultimate tool for the 21st century narcissist, this mirror that thinks it’s a camera.”

Futon Company says: According to Vogue, smart mirrors like these are the future and that’s definitely something on our future-excited-radar! However, here at Futon Company we think all mirrors are worth getting excited about. Their space enhancing reflections and reflective surfaces are ideal for small space living and space saving living, and can create clever tricks with the eye to seemingly expand space. Check out our favourites in stock right now… 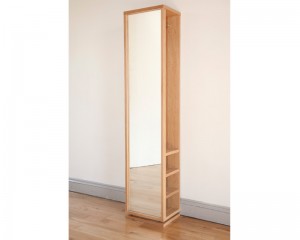 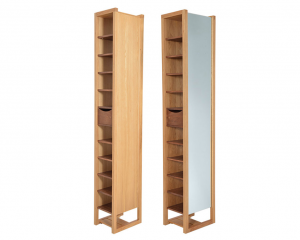 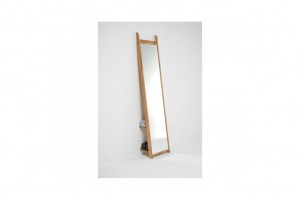