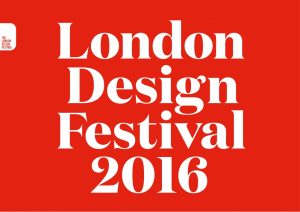 With the UK creative community heading over to the London Design Festival, all eyes are on the capital.  Think installations, workshops, events and design shows taking place in hot spots all across London.  Wondering where to go?  Elle Decoration October 2016 has selected its favourite destinations and from this, Futon Company presents its pick of the crop in a two-part blog…

LONDON
What’s on?
From 17th-25th September 2016 London will host its annual London Design Festival (although several installations will remain for longer).

What’s it all about?
Held annually, the London Design Festival (LDF) is a celebration and promotion of London as the design capital of the world.  A hub of product ideas, launches, exhibitions and special events, it is viewed by many as the gateway to the international creative community.

Where’s it held?
LDF is a vast and sprawling showcase hosted in locations across west, central and east London.  For a full overview of the event check out Elle Decoration’s October issue or go to www.londondesignfestival.com.

Highlights according to Elle Decoration…

RIVERSIDE & SOUTH
London Design Biennale:  from now until 27th September
Taking over the whole of Somerset House, London’s first Design Biennale will see creatives from over 35 countries come together under the theme Utopia by Design, including British design duo Edward Barber and Jay Osgerby, whose kinetic sculpture will be in the Edmond J Safra Foundation Court.

‘Black to White and Back Again’ at London Glassblowing Gallery:  from now until 8th October
Tucked away in Bermondsey, this venue is celebrating founder Peter Layton’s 80th Birthday and his 40th year of glassblowing in London with an open-submissions exhibition.  It will showcase 55 beautiful works by established and emerging artists, including Yoshiko Okada.

The Smile:  from now until 12th October
Not strictly in Bankside, but beside the river further west at Rootstein Hopkins Parade Ground, Millbank, you’ll find this extraordinary 36-metre-long mega tube installation by architect Alison Brooks.  Despite only balancing on the ground at one central point, the curved structure is safe to stroll along.  At night it will be lit from within, with its glow bright enough to be seen from across the River Thames.

V&A Museum:  From now until 25th September
The V&A is once again the hub of the London Design Festival, with events around the museum.  We’ll be heading straight for French designer Mathieu Lehanneur’s installation Liquid Marble, which sees a piece of black marble sculpted into ocean-like waves; and London studio Glithero’s Green Room, a timepiece made from veils of coloured string created with luxury watchmaker Panerai.

Christopher Farr, Moroso and Studio Tord Boontje:  From now until 30th September
Three names that you might not immediately associate with one another come together to create an installation at Farr’s new, bigger space in Chelsea Wharf.  Boontje has created a new collection of textiles, wallpapers, rugs and furniture on the theme of the English garden in collaboration with Farr and Italian brand Moroso.  We understand that flowers, bees and horses abound:  we can’t wait to see it!

Benchmark Furniture
The British furnituremaker is launching three exciting collaborations on its stand this year:  the Learn timber sideboard by Daniel Schofield, the Holworth chair by Nathalie Deval, and Terence Conran’s new Firefly storage collection, which will be a real talking point.  Stand H34 (benchmarkfurniture.com)

Future Heritage
This craft-focused exhibition displays work by 14 designer-makers who are using materials in innovative ways.  Look out for pieces made from jesmonite, a composite that we’re seeing more of this year:  Phil Cuttance and Silo Studio both use it in their work.  Don’t miss Vezzini & Chen’s ceramic and glass lighting and Mark Laban’s Japanese-inspired wood furniture

Focus 2016
Chelsea Harbour’s Design Centre will host Focus, and members of the public are welcome September 22nd-23rd.  The most anticipated events, according to the team at Elle Decoration, will include:

Insider Tours & Trails
Join a champagne-curated tour and get an exclusive view of Focus, including the most talked about pieces and bespoke installations

Restore & Revive
With so much to see and do, unwind at the Gin O’Clock bar by William Chase or have a free Jo Malone London hand massage