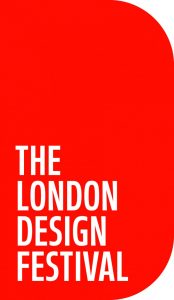 Check out Part Two of our LDF guide…

With the UK creative community gearing up for the London Design Festival, all eyes are on the capital.  Think installations, workshops, events and design shows taking place in hot spots across London.  Wondering where to go?  Elle Decoration October 2016 has selected its favourites and from this, Futon Company presents its pick of the crop in a two-part blog…

LONDON
What’s on?
From 17th-25th September 2016 London will host its annual London Design Festival (although several installations will remain for longer).

What’s it all about?
Held annually, the London Design Festival (LDF) is a celebration and promotion of London as the design capital of the world.  A hub of product ideas, launches, exhibitions and special events, it is viewed by many as the gateway to the international creative community.

Where’s it held?
LDF is a vast and sprawling showcase hosted in locations across west, central and east London.  For a full overview of the event check out Elle Decoration’s October issue or go to www.londondesignfestival.com.

Highlights according to Elle Decoration…

KING’S CROSS & NORTH
‘Marker’ by Barber & Osgerby at Twentytwentyone:  21st-25th September
To launch their new Marker pendant light, British design duo Edward Barber and Jay Osgerby have curated a special exhibition at twentytwentyone’s River Street showroom.  Alongside the new lantern will be a selection of 20 objects that give insight into the popular pair’s work and inspiration.

Islington Design District Trial:  17th-25th September
Set aside an hour or two for this walk, which takes you from Amwell Street along Camden Passage to Upper Street; if you get a stamp from every one of the participating stores then you’ll be entitled to free gifts and special offers.  Look out for Quill London’s fantastic paper flowers display by A Petal Unfolds, and the new CTO Lighting Showroom.

Design Junction:  22nd-25th September
As you arrive at Granary Square, this design fair’s new spacious location, ten pop-up Monopoly Houses will catch your eye, each offering a taster of what’s in store at one of the festival’s biggest events.  Key highlights include Dyslexic Design, an exhibition of products by dyslexic designers including Terence Woodgate, Sebastian Bergne and Tom Raffield, which explores the relationship between learning difficulty and creativity.

SHOREDITCH DESIGN TRIANGLE & EAST
Pop-Up Tour
Pop-ups are often the high points of the London Design Festival.  This year’s top picks include Rothschild & Bickers’ lighting showroom in Old Street Station and Rockett St George’s transformation of the Hoxton Hotel’s courtyard into a pop-up paradise inspired by Indian summers.  Meanwhile, Vitra is hosting a temporary co-working space at its Hack workstations, where visitors are invited to hot-desk or refuel at its cafe.

London Design Fair at The Old Truman Brewery:  22nd-25th September
Tent London and its sister show Super Brands are both being held in this iconic east London building, which will accommodate 250 independent designers and 200 global brands, including No-Mad 97% India.  There will also be 15 pavilions including 100% Norway, Scotland’s Craft and Design area and the British Craft Pavilion.

CLERKENWELL DESIGN QUARTER
’10 Years with Jaime Hayon’ at BD Barcelona:  19th-24th September
The recently opened showroom on Berry Street specialises in furniture by Spanish icons Antoni Gaudi and Salvador Dali.  For the festival, the store will celebrate its ten-year collaboration with Jaime Hayon with a special retrospective.  Highlights include the King Kong mirror and Red Monkey side table.

QUEEN’S PARK
Rupert Bevan:  20th-23rd and 25th September
Take a look at the latest dazzling decorative glass and mirror finishes by this bespoke furniture maker, developed in his Shropshire studio.  To show you their potential, Bevan is giving his cocktail cabinet, first designed by Soho Beach House Miami, a glamorous makeover.

Bill Amberg Studio:  19th-23rd September
The leather expert takes visitors on a history tour in new exhibition ‘Timeless Material’.  Pieces dating from 300BC to the present day will be on display, and the studio will also showcase two brand-new designs (a bench and a bar stool) added to its sleep and colourful Common Collection.