With summer in full swing, it’s time to get your Festival head on! According to Red Magazine, June 2015  “the British festival circuit has never been so vibrant…there really is something for everyone…great music, the best chefs, leading authors, brand new theatre.”

To get us in the festival spirit, we take a look at the best festivals according to Red Magazine…

When & where: August 6th-9th at Cornbury Park, Oxfordshire

They say: Small but perfectly formed, Festival No. 6 has become as much about its picturesque setting as its intimate showcases. Alongside performances from Grace Jones, Belle and Sebastian and Kate Tempest, there’s comedy tents, street food feasts and even fine dining at The Hotel Portmeirion

When & where: September 3rd-6th at Portmeirion, North Wales

They say: Hosted by Alex James and Jamie Oliver, The Big Feastival brings together impressive names from the worlds of food and music, on James’s very own Cotswolds farm. Music from Paloma Faith, Groove Armada and Ella Eyre and food courtesy of Oliver, Nathan Outlaw, Deliciously Ella and Hemsley + Hemsley

When & where: August 28th-30th at Kingham, the Cotswolds

When & where: September 12th-13th at London’s Black Heath 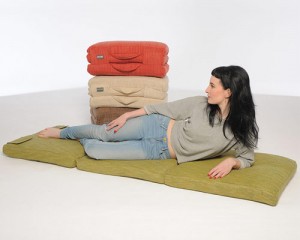