It’s official: Festival Season is almost upon us! Time to brush off your tent, hunt down your sleeping bag and start making preparations for some outdoor living.

Still seeking inspiration? In our Countdown to Festival Season Blog, Futon Company lists the best of this year’s festival highlights, courtesy of Evening Standard’s David Smyth, as well as suggesting some savvy accessories to see you through…

Glastonbury, June 22-26, Somerset
The daddy. The boss. The Big Kuhana. Glastonbury can rely on its stellar reputation to sell out before it has even announced most of its attractions. Muse, Coldplay, PJ Harvey and ELO in the Sunday afternoon ‘legend slot’ are confirmed.

T in the Park, July 8-10, Perthshire
In its second year in a new location, Scotland’s biggest music festival has a line-up as big as ever, with The Stone Roses, Red Hot Chili Peppers and local hero Calvin Harris headlining, and the reunited LCD Soundsystem and Last Shadow Puppets also high on the bill.

Isle of Wight, June 9-12
With its psychedelic imagery and impressive history the Isle of Wight Festival likes its golden oldies, hence the presence of Status Quo, Adam Ant, The Damned and Iggy Pop in its line-up. Queen are headlining with their Freddie substitute Adam Lambert, alongside relative whippersnappers Stereophonics and Faithless. 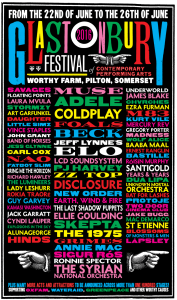 V, August 20-12, Chelmsford
Generally the best place to see whoever’s big in the Top 40 this year, V has gone fully pop this year with Justin Bieber and Rihanna. Chart-toppers such as Sia, David Guetta, Bastille and Years & Years will also be providing big tunes, while the dance tent features Annie Mac and Eric Prydz.

Standon Calling, July 29-31, Herts
Not far north of the M25, this steadily growing independent festival last year played host to about 10,000 people who no doubt will be keen to join in with this year’s fancy dress theme ‘Legend of the lost seas.’ There are plenty of newcomers on the bill, including Honne, Tiggs Da Author and Lyle Carner, while bigger names such as Suede, Kelis and Jess Glynne will come out after dark.

Reading, August 26-28
This organisers of Reading (and its sibling in Leeds) have announced acts including Red Hot Chilli Peppers, Foals, Disclosure, Biffy Clyro and Fall Out Boy . 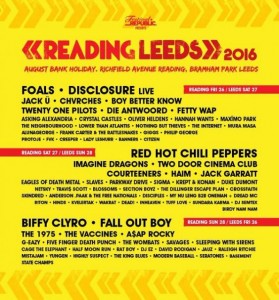 Green Man, August 18-21, Brecon Beacons
While watching the main stage bands at Green Man your eye can’t help but be drawn to the stunning hills beyond.  A river runs through the site and the music is suitably bucolic too.  Belle and Sebastian, James Blake and Wild Beasts will bring dreamy sounds to late night.

Kendal Calling, July 28-31, Cumbria
With the opportunity to see deer wandering about in the Lake District, you hardly need any bands.  This year’s acts include Rudimental, Noel Gallagher’s High Flying Birds, Madness and The Charlatans.

End of the Road, September 2-4, Salisbury
There are peacocks, magical woodlands and a consistently great music line-up every year.  This time Joanna Newsom, Animal Collective and Bat For Lashes lead the way but there are also endless new discoveries to make from an impressive daytime roster. 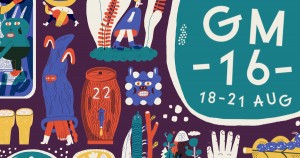 Latitude, July 14-17, Southwold
Like a newspaper’s arts pages come alive, Latitude can usually be relied upon to offer a range of theatre, poetry and even ballet alongside bands.  This year you can see Opera North as well as productions of both The Importance of Being Earnest and A Midsummer Night’s Dream.  The National, New Order and Grimes are among those providing the music.

Wilderness, August 4-7, Oxfordshire
Robert Plant and The Flaming Lips are on the music bill, but that seems less mouth-watering than what’s on offer from top chefs including Raymond Blanc, Mark Hix and Skye Gyngell.  There’ll also be loads of theatre, talks from organisations including the V&A, a lakeside spa and a cricket match.

Big Feastival, August 26-28, Cotswolds
Jamie Oliver gets together with Blur bassist and cheese enthusiast Alex James who give equal billing to gigs and grub.  Oliver will be doing demos alongside the likes of Gennaro Conaldo and Ella Woodward, while music comes from Dizzee Rascal, Ella Eyre and Palmon Faith.

Boardmasters, August 10-14, Newquay
Here’s the best place to combine surfing with suitable live bands including Chase & Status, deadmau5 and Primal Scream.  A surfing competition for professionals long before it incorporated a music festival, you can also book your own music lessons if you get sick of the music. 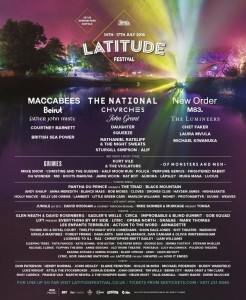 Bestival, September 8-11, Isle of Wight
DJ Rob Da Bank’s brainchild traditionally closes festival season with as many wacky happenings as can be crammed into a weekend.  This year these include Mexican masked wrestling, a Bollywood tent and a drum and bass set from former choirboy Aled Jones.  The music line-up looks great too, with The Cure, Major Lazer and Hot chip all coming over on the ferry.

Secret Garden Party, July 21-24, Cambridge
Like all the peripheral bits of Glastonbury without feeling you’re stuck on Oxford Street on Christmas Eve, Secret Garden Party is the definitive boutique experience.  Camp in safari tents, tipis or garden sheds, try out ‘the UK’s only hot tub bus’ and drift away to the sounds of Caribou, Air and Shura.

Festival No. 6, September 1-4, North Wales
There should be less mud than most at this small weekender, which takes place around the eccentric Italianate village built by Sir Clough William Ellis, best known as the set of cult Sixties TV show The Prisoner.  Attendees will be at liberty to enjoy Noel Gallagher’s High Flying Birds, Super Furry Animals and Bastille, plus a David Bowie tribute show with surprise guest and vocalist.

Camp Bestival, July 28-31, Dorset
Bestival’s little sister is the best one for children – in fact, you’ll feel pretty left out if you’re not wheeling around a few four-year-olds in one of those trolleys used for transporting gravel at garden centres.  This year there’s a space theme and music from Fatboy Slim, Jess Glynne and Tears for Fears, but everyone will really be there to see CBeebies superstar Mr Tumble. 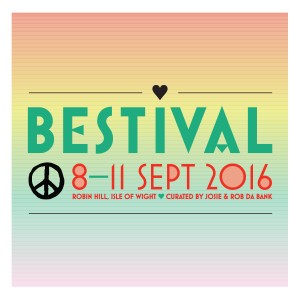 Womad, Wiltshire, July 28-31
A festival has come a long way when its offer includes a ‘weekend spa ticket’ that comes with complimentary Womad sarong and slippers.  As ever, the music here is more wide-ranging than anywhere else, stretching from English folk act This Is the Kit to Senegalese legend Baaba Maal and US fun pioneer George Clinton – and everywhere in between.

Cambridge Folk, July 28-31, Cambridge
Now more than 50 years old, this venerable festival continues to stretch the definition of what constitutes folk, with Irish rockabilly lady Imelda May, gypsy punk band Gogol Bordello and soul man Charles Bradley all on the bill.  A more conventional folk hero, Christy Moore, is one of the headliners.

Love Supreme, July 1-3, East Sussex
Like Cambridge, this relative newcomer is proving successful by billing itself as a specialist festival, in this case jazz, while taking the broadest view of what that entails.  Hence stars such as Grace Jones, Lianne La Havas and Kelis appearing on the bill, alongside more recognisable acts including Melody Gardot and Kamasi Washington.

Download, June 10-12, Derby
The former home of the Monsters of Rock festivals continues to rock in a monstrous fashion, offering a mix of ageing metal bands such as Iron Maiden, Black Sabbath and Megadeth, plus the younger poppier end of the spectrum including All Time Low, Billy Talent and Shinedown. 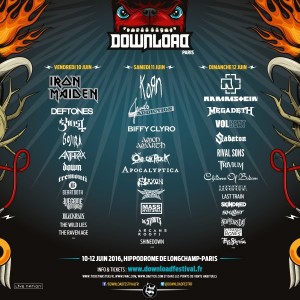 Creamfields, August 25-28, Cheshire
There are four days of dancing to be done at this successful spin-off from the superclub Cream.  The line-up is a who’s who of the biggest DJs in the world right now, from home-grown talents Calvin Harris, Fatboy Slim and Above & Beyond to the super Swedes Avicii, Axwell & Ingrosso, and Alesso.  And of course, Pete Tong has an ‘all Gone Pete Tong’ tent.

Wild Life, June 11-12, Brighton
This one must have done so well the first time around that the second one has the same headliners as last year:  Disclosure and Rudimental.  Dance music from the likes of Flume, Julio Bashmore and Tiga dominates the bill but there’s also classic hip hop from Ice Cube, Busta Rhymes and De La Soul and incongruous singer-songwriter fare from James Bay.

Sundown, September 2-4, Norfolk
Sundown has a few proper pop stars in its mix, not least Jason Derulo, Jess Glynn and Years & Years, but the various dance stages will keep energy levels at the highest.  They’re run by organisations including UKF, Defected and Ministry of Sound.

Electric Daisy Carnival, July 8, Milton Keynes
This American import also operates in New York, Las Vegas and Japan.  It only lasts a day and a night but you can still camp nearby.  They’re bringing their Crystal Village to Milton Keynes, an apocalyptic stage set-up appropriate for excess-loving EDM DJs on the bill.  They include Avicii, Axwell & Ingrosso, Martin Garrix and Oliver Heldens. 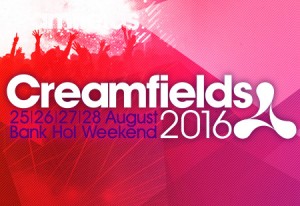 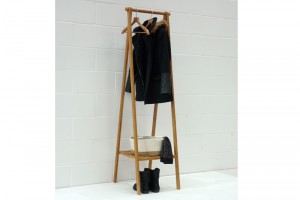 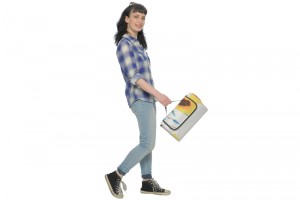 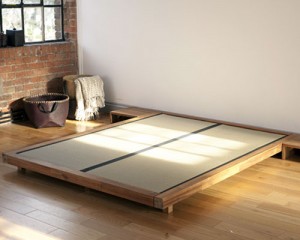 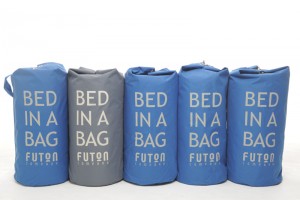