Looking for a sensational adventure this summer?  Coast Magazine http://www.coastmagazine.co.ukAugust 2016 has just the thing.  Think thrilling, exhilarating, seaside and dramatic – these coastal mini adventures tick all the boxes…
• Scenic Railway Rollercoaster, Dreamland, Margate, Kent, www.dreamland.co.uk:  What’s the thrill?  Riding aboard the UK’s oldest rollercoaster, which dates back to 1920.  Dreamland’s recently restored wooden Scenic Railway still operates with a brakeman to control the train’s speed and takes between five and eight minutes to complete its hair-raising journey.  Admission free, rides priced, wristbands from £7
• The i360, Old West Pier, Brighton, Sussex, britishairwaysi360.com:  What’s the thrill?  At 173m high, Brighton’s i360 is the world’s tallest moving observation tower, which will be giving a 360 degree, 26 mile panoramic view of the Sussex coastline and South Downs.  Designed by the architects of the London Eye to be a ‘vertical pier’, it is the world’s slimmest observation tower and the first-ever vertical cable car.  Set to open this summer, the i360’s moving pod holds up to 200 people and glides upwards to a height of 137m.  During the day, the ride takes 20 minutes, at night it’s half an hour.  Book online and pay £13.50 per adult and £7.50 per child 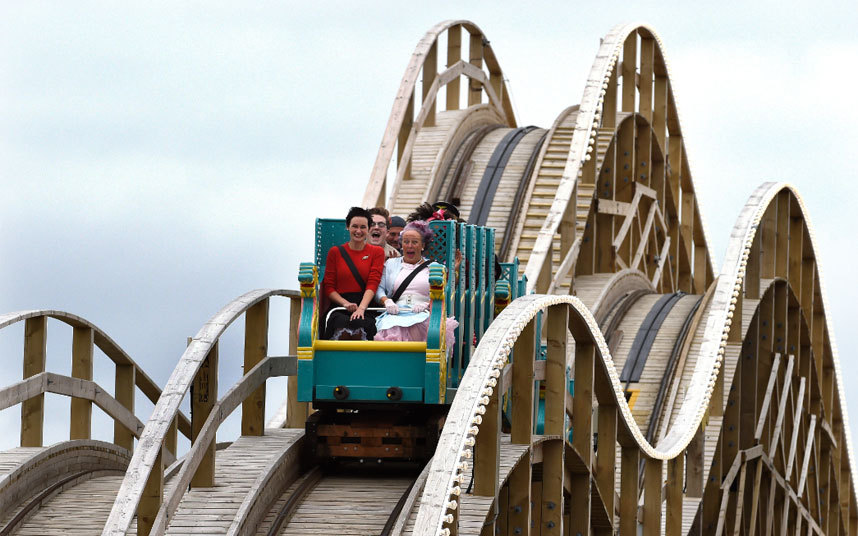 • The Pierzip Line, Bournemouth, rockreef.co.uk:  What’s the thrill?  Dangling 18m up in the air as you begin your very rapid descent from the zip wire launch tower on Bournemouth Pier to the Dorset shore.  The ride is a short one – just 30 seconds in fact – but the buzz of exhilaration that you feel as you zip over the waves will last much longer.  If you’re feeling competitive or simply friendly, you can also ‘race’ with a partner or a pal as two zip wires run side by side.  £18 for a single zip ride, £32 for a dual zip ride 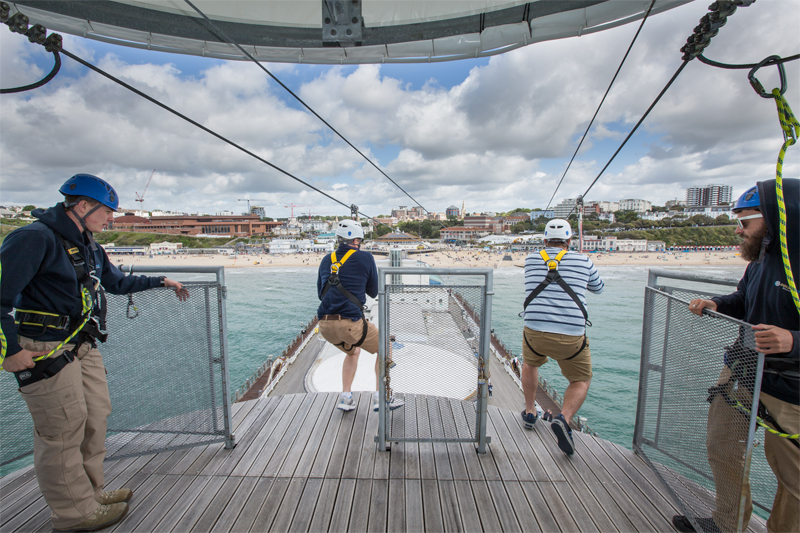 • The Cliff Railways, Hastings, visit1066country.com:  What’s the thrill?  Rising up in an almost perpendicular fashion on the UK’s steepest funicular railway, opened in 1902, with twin routes to choose from.  The West Hill lift departs from George Street and still has its original Victorian wooden coaches.  Unusually for a funicular, it passes through a tunnel on its way to the top of the hill from where you can enjoy panoramic views across the town and seafront.  The East Hill lift rises up from Rock-a-Nore, overlooking the Old Town and The State where the fishing fleet is beached.  An adult return ticket costs £2.50, a family ticket £6.80
• The Needles Chairlift, Alum Bay, Isle of Wight.  Theneedles.co.uk:  Unrivalled, bird’s eye views onto Alum Bay and its famous geology as you hitch a ride on one of the lift’s 50 chairs.  First, The Needles – jagged sea stacks guarded by the red and white striped Trinity Lighthouse.  Second, the towering multi-coloured cliffs that contain 21 different shades of sand made from layers of mica, feldspar and quartz.  The bay is at the westernmost point of the island and has a shingle beach, with clear blue waters to swim in if you fancy a dip.  Once you’re on the beach you can get even closer to The Needles on a 20 minute boat cruise of 15 minute high speed rib ride